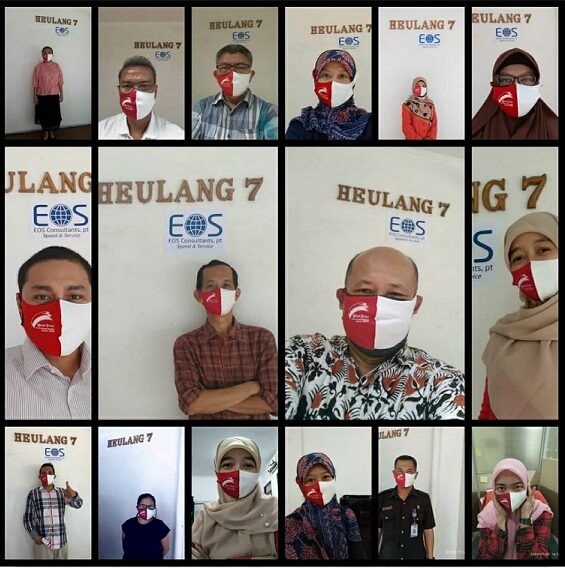 By Michael Hallsworth and Elspeth Kirkman

Ten years after the term was coined, the field of behavioral insights is at a pivotal point. Its first decade saw the approach attract significant resources, generate attention globally, and expand rapidly into a dynamic ecosystem. But a clear-eyed look around shows that governments mainly still rely on economists for their core policy decisions; every day, people experience services that are far from easy, attractive, social, or timely; and experimentation often feeds into marginal decisions only.

After this period of rapid expansion, some reflection is needed. The approach has proven to be more than a fad, but the movement is still in flux; its legacy is unclear. One common criticism is that applied behavioral science often falls into the trap of being quite mechanistic: experts apply a theory to a practical problem, a change is made, and prespecified outcomes of behavior are measured. While this is a powerful process, it can also be linear and static, with one active party nudging and a passive one being nudged. There can be limited opportunities for people to provide feedback on interventions to improve them. In the eyes of critics, this setup creates a “psychocracy” of control.

We think a priority is for the behavioral insights approach to incorporate new thinking on more reflexive, more dynamic and nuanced forms of change. One promising way of doing so is to adapt principles from human-centered design, as others have suggested, but take them in some new directions.

After this period of rapid expansion, some reflection is needed. The approach has proven to be more than a fad, but the movement is still in flux; its legacy is unclear.

In its most basic definition, design is about how elements are arranged to achieve a particular purpose. Design always deals with things that are tangible, experienced, and present, rather than with abstractions or theories. Objects or services can be designed to create certain feelings or thoughts, or to invite certain behaviors. In this sense, the use of behavioral insights has always incorporated aspects of design: it is concerned with practical problems (like choice architecture) and is sensitive to how the wording of a letter or layout of a waiting room can have a big impact.

However, the behavioral insights approach to design has often been quite top-down: principles of behavior have been used to embed certain ways of acting into the local environment or context. Designing from principles in this way can be successful (see the iPod), but it has also been criticized for not paying enough attention to users. However, there has been increasing interest in “human-centered design” (or the closely-related concept of “design thinking”), which focuses more on trying to understand a user’s needs, map their experiences, and actively prototype solutions with them. Behavioral insights projects could draw on human-centered design more in three main ways: explore people’s needs, understand their experiences, and prompt them to undertake new activities.

First, human-centered design focuses on exploring people’s needs and goals, rather than starting from a target behavior. Of course, when dealing with policy there are instances where active steps should be taken to prevent people’s needs being fulfilled (e.g., people’s need to commit certain crimes). But we think the goal for behavioral insights is to pay more attention to people’s needs while also using its tools to understand the strategies people are using to try to fulfill these needs.

A simple example concerns “desire lines.” These are the informal paths, created by footfall erosion, that show the shortest or most desirable routes taken by people—which may not be the ones provided by an official design. Some designers have started to see these paths as an opportunity, rather than a nuisance. For example, universities such as UC Berkeley and Virginia Tech have waited to see which routes people were taking to cross grass areas before paving the routes.

We think a priority is for the behavioral insights approach to incorporate new thinking on more reflexive, more dynamic and nuanced forms of change. One promising way of doing so is to adapt principles from human-centered design.

The same principle applies in more complex situations. For example, in the early 2010s policymakers in the United Kingdom became concerned about capacity problems in the country’s hospital emergency departments. These problems were perceived to be caused by people visiting emergency facilities with only minor ailments. The system planners created alternative options (like urgent care centers) to deal with such ailments in a more efficient way. However, these options were not very popular.

In this situation, policymakers could use behavioral science to persuade or nudge people to use the “correct” facilities. But a more human-centered approach would look at the desire lines, and see that attending emergency departments is completely reasonable. People were confused by the role of the urgent care centers, which are also not prominent and not always open (unlike the emergency department). Therefore, they are using a heuristic for navigating the system—“go to the emergency department”—which is working for them, and which means behavior will be difficult to change.

This insight points toward instead adapting the service so people don’t have to change their behavior—perhaps by colocating the emergency and nonemergency care. In other words, there could be a greater recognition of people’s agency and more attempts to design around existing behaviors, rather than attempting to change them.

There could be a greater recognition of people’s agency and more attempts to design around existing behaviors, rather than attempting to change them.

Second, human-centered design places greater emphasis on people’s own interpretations of their beliefs, feelings, and behaviors. The behavioral insights approach does emphasize the need for immersive techniques like in-depth observation, as well as trying to use services oneself. But it has tended to be more skeptical of self-reports, given the importance of nonconscious drivers of behavior and the prevalence of cognitive blind spots. (However, one of the most famous books on human-centered design admits that “people themselves are often unaware of their true needs, even unaware of the difficulties they are encountering.”) We think there is room to give more weight to how people view their own experience, and to broaden out from the focus on revealed behavior.

Finally, human-centered design encourages active participation from users (and staff members). There are some applications of behavioral insights that work by disrupting the Automatic System, making people pause and engage their Reflective System. For example, the Becoming a Man program for crime reduction appears to work by “helping youth slow down and reflect whether their automatic thoughts and behaviors are well suited to the situation they are in, and whether the situation could be construed differently.” The program, based in Chicago, reduced arrest rates by 28 to 35 percent and increased graduation rates by 12 to 19 percent.

The obvious next priority is to combine these kinds of approaches with human-centered design to help people design or redesign their own environments. This relates to Richard Thaler and Cass Sunstein’s vision in Nudge that nudging can be used widely by “workplaces, corporate boards, universities, religious organizations, clubs, and even families.” But it also taps into the facet of behavioral science that claims individuals usually use heuristics effectively and can be empowered to use them better.

Of course, there are many environments that individuals struggle to change on their own, indicating that a change in politics or policy is needed. There is a particularly strong case for using the tools of deliberative democracy to discuss policies that draw on behavioral science. But this kind of engagement has wider potential benefits than just debating or approving certain policies—it is also important for a healthy democracy and civic agency. And, unlike what critics allege, the use of behavioral insights can actually help build that agency.

Human-centered design can go a long way toward engaging behavioral insights with human agency more deeply, moving it further away from a mechanistic worldview, and opening up new frontiers.

At the most basic level, behavioral insights can be used to nudge people to take part in civic activities in the first place. Although this nudge may be operating on the Automatic System, the goal is to ensure that someone takes part in an activity that engages their Reflective System. Then, behavioral insights can be used to design better deliberative mechanisms. Many of these activities take place in groups, but behavioral science shows that groups are vulnerable to issues like group polarization, availability cascades, and self-censorship. We can’t just assume that good reasoning prevails in deliberative settings—but evidence-based design makes it more likely.

Finally, behavioral insights can spark wider engagement. Let’s take the example of how much people eat and why. If people actively engage with the evidence that our eating is heavily influenced by features in our immediate environment, they may start requesting policies that address those forces. Indeed, there were signs that this happened in a deliberative forum on obesity that the Behavioural Insights Team supported in Victoria, Australia, which produced fairly radical proposals. Behavioral insights could have an additional role here, by finding new ways to nudge governments or legislators themselves—and there is evidence that these attempts can actually produce results.

This potential is not restricted to the public sector: People could also try to nudge companies. For example, the United Kingdom saw the creation of a Fair Tax Mark, which was awarded by a not-for-profit organization to businesses that did not practice any form of tax avoidance. The Fair Tax Mark is a classic nudge, in that it provides a prominent signal to consumers that can shape both consumer and business behavior, without mandating change. But this nudge was created through self-organization to achieve a particular policy goal.

Human-centered design can go a long way toward engaging behavioral insights with human agency more deeply, moving it further away from a mechanistic worldview, and opening up new frontiers. Indeed, as we sketch out above, the concept of design can be expanded out into the broader idea of redesigning one’s environment, and from there into the kinds of structural and political change that some people say behavioral science neglects. In that way, design can be a key that unlocks the potential that may otherwise go unfulfilled.

Adapted from Behavioral Insights by Michael Hallsworth and Elspeth Kirkman. Published by The MIT Press. Copyright © 2020 Massachusetts Institute of Technology. All rights reserved

Michael Hallsworth is managing director, North America at the Behavioural Insights Team (BIT), a social-purpose company that was created as the first government institution dedicated to applying behavioral sciences to policy. He is the co-author of Behavioral Insights (with Elspeth Kirkman).

Elspeth is the co-author of Behavioral Insights (with Michael Hallsworth). She has held a number of roles at the Behavioural Insights Team (BIT). Most recently, she was the Senior Director responsible for BIT’s work on health, education, and local government in the UK. She is currently on secondment at Nesta; an innovation charity that part-owns BIT.